When I lived in New Orleans, I fell in love with the Mardi Gras Indians.  They aren’t Indians, they are black men from New Orleans who work all year to create some of the most magnificent costumes you’ve ever seen (us Philadelphians would compare them to the Mummers).

Why?  Because escaped slaves were given refuge by the Native Americans, and this annual tradition sends an eternal thank you for their hospitality. 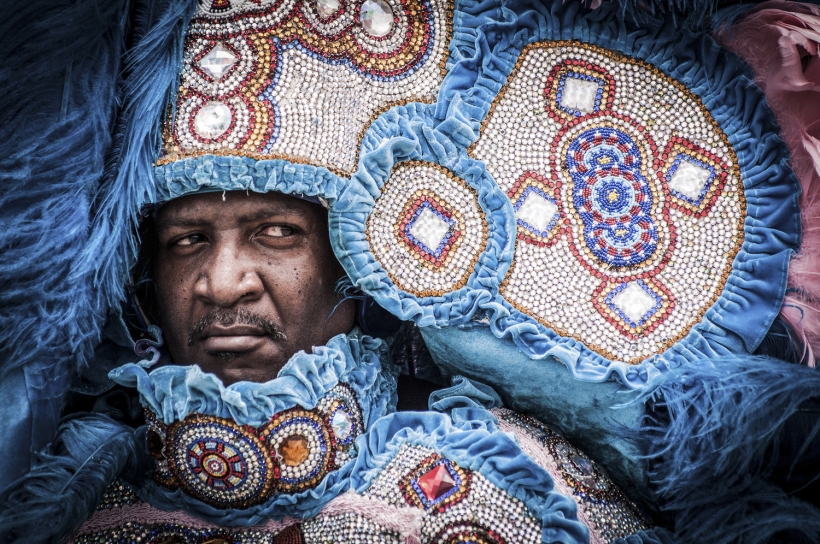 Another important reason – Mardi Gras, with its masks, anonymity, and confusion, used to be a time for neighborhoods to settle scores violently.  Now, the Chiefs of the 38 Mardi Gras Indian ‘tribes’ direct their rivalries into costumes instead of masks and knives.  The crews have ‘confrontations’ which are now a show of craftsmanship and skill.